Matthew is a Director Consultant at RISE where he works with a wide range of different organisations as well as supporting the development of the RISE consultant community. 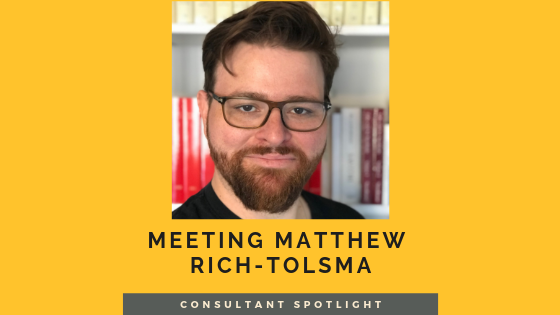 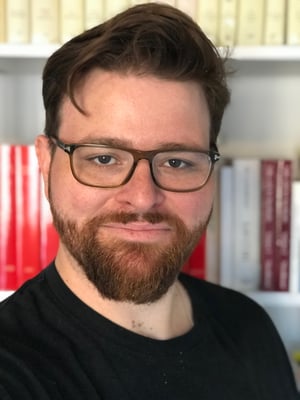 A teacher of mine, Marshall Rosenberg, who sadly passed away a few years ago, was always full of pithy little aphorisms and anecdotes. One of the things he often used to say was how important he thought it was that we could learn to enjoy other people's pain. We all laughed at that, and nodded as if we understood what he meant. I doubt many of us did, I certainly didn't. I still don't think I do, but perhaps I have a little more of an inkling.

People are fascinating. Every now and then when I find myself able to put aside my grandiose attachments to changing and controlling people, when I can hold my attachment to being right a little more lightly, I can glimpse the pleasure and fascination of simply being present and participating with a group of people. This is true even in the midst of immense struggle.

Edgar Allen Poe wrote a short story, "A Descent into the Maelstrom" in which a fisherman is caught in a storm and whirlpool. At first he is overcome by the horror of what seems to be his inevitable fate, but after a while he starts to experience a sense of incredible calm and - almost ecstatically - marvel at the perfect beauty of the storm. From this detached vantage point he is able to discern a means of escape.

If you had asked me this question a couple of years ago I would likely have strung you some bullshit story about how meaningful it was to feel like I was really helping people or changing the world, one organisation at a time. I would have been sincere, too. But at this point, it is really just the dance, the day-to-day experience of being and doing together with others (with all of the challenge, humour, and bewilderment this inescapably entails).

What has been your biggest learning experience in the past few years that has shaped the way that you approach your work?

This is a tough question. I feel like I am learning all the time, but most of the things I learn seem to emerge over time. Suddenly, I realise that I see things differently to the way I used to. So it is hard to always identify a specific experience. One does come to mind though…

I had the immense privilege of being able to study under Prof. Ralph Stacey for a period of about two years before his retirement. During one of my first seminar's with him I was presenting some of my work and explaining how I was putting my learning into action. He listened patiently.

When I had finished, he stroked his beard thoughtfully and then said something like, "Matthew, you're a very bright young man, but you remind me of what John Dewey once said, 'Some people never learn because they understand too quickly'".

"Yes! I know exactly what you mean!" I responded enthusiastically. It took me a few seconds of awkward silence to work out what I had done, but once did I blurted out, "Oh shit! I did it again!" We all laughed until our eyes watered.

What got you interested in this work? What continues to motivate you?

My work with organisations began with a very special group of children at Nahoon Montessori School (NMS), democratic Montessori school in South Africa (which now no longer exists). At NMS there was no set curriculum; each child followed their own individual interests and all decisions regarding rules and social problem-solving were made by the ‘Meeting’. Meeting was composed of all of the children aged seven or older (younger children could be enfranchised if they were interested by asking the meeting) and the adults who worked in the environment.

When I first arrived at NMS I was a 20 year old law student, who was drawn to visit this strange little school on a whim. I sat in a corner of the room on the green 'observer’s chair' and was instructed not to interact with the children or disturb them in any way, but rather to sit quietly and take notes on what I observed. What I observed seemed to me to be abject chaos. Children left to their own devices doing whatever they wanted. As we approached the end of the day I was starting to feel like I had a moral responsibility to report the school to the authorities, but then something remarkable happened.

Earlier in the day a local community member had donated a trampoline to the school. At the end of the day I watched some of the children start to take an interest in this. Without any adult intervention, the children organised themselves and put the trampoline together. This was quite a complicated task and required the use of tools (some of which needed to be improvised). This was achieved in an orderly way, which emphasised safety and relied upon experimentation with numerous scientific principles which the children had discovered (such as leverage).

Once the trampoline had been assembled some of the younger children immediately wanted to start using it, but some of the older children expressed safety concerns, while others suggested that it was important to establish some rules around fair usage. All of the children calmly sat down in a circle and proceeded to generate a series of rules for safety and fair usage of the trampoline, which were to be reviewed at the next meeting in six days time. I was astounded. It was obvious that these children had organised themselves far more effectively and efficiently than they would have done had they been supervised or controlled by adults. I decided that this was something that I wanted to understand better; so that is exactly what I set out to do: I dropped out of law school and dedicated my time to hanging out at NMS.

Over the next six months or so I spent every morning at NMS on the green observation chair observing what was happening, in the afternoons I read my way steadily through the school founder, Sharon Caldwell’s, educational library. I consider this, and the long discussions I shared with Sharon concerning my observations as being my most valuable and thorough introduction to thinking critically about learning and group dynamics.

In the 15 odd years since my time at NMS I have worked with many different types of groups, from 3 year old's in rural Indian villages, to graduate students, from young climate activists, to successful CEO's. But my underlying fascination with how people make sense with each other of the complex realities of encountering other people remains relatively unchanged. People are just as beautiful, surprising, and infuriating as they have always been (myself included).

What do you wish you had known earlier?

Again, this is a difficult question to answer. There are of course many things that I know now that - with the benefit of hindsight - I can see I would have benefited from understanding earlier. But I could not have known them earlier because I was a different person then. It kind of reminds me of that Bob Dylan song, My Back Pages where he sings:-

Yes my guard stood hard when abstract threats too noble to neglect
Deceived me into thinking I had something to protect
Good and bad, I define these terms quite clear, no doubt, somehow
Ah, but I was so much older then; I'm younger than that now

I think my approach to life becomes more and more pragmatic over time. I think I spent a lot of time in my life being very angry, because people didn't behave in the way that I thought that they should. It took me a long time to start to appreciate that I am generally just as blinkered by own ideologies as other people are. These days I find myself less interested in changing the world, and more interested in trying to do the right thing in the very particular circumstances I find myself in day by day. This is a very practical problem, particularly because - in the midst of paradox - I generally discover that most choices are both good choices and bad choices at the same time (in that they are simultaneously enabling and constraining). Increasingly I am learning to accept good enough and stay open to changing my mind, rather than obsessively seeking the right answer.

At the same time, I recognise how valuable, fulfilling, and developmentally appropriate my ideological fervour has been. It could not have been different. I look back on it with a dynamic mixture of nostalgia, pride, and chagrin. Ten years from now I hope I will feel similarly looking back the life I am living today.

What do you find valuable about the RISE community?

I think that the RISE community is a very exciting experiment. Who knows what will become of it? But we are learning a lot right now and that is what I value. In my experience it is rare to find a group of hardworking and thoughtful colleagues who are committed to taking the work seriously in all of its facets, not only in terms of what we are doing with our clients, but also in terms of what we are doing with each other. In this sense we embrace work as a practice of learning and self-transformation. I constantly think that this is less original and special than I fantasise it is, nonetheless it is a real delight to have the opportunity to participate. I really see our practice constantly evolving through the process we are engaging in together and I think that that is benefitting the organisations with whom we work.

I think that that is probably enough 😉 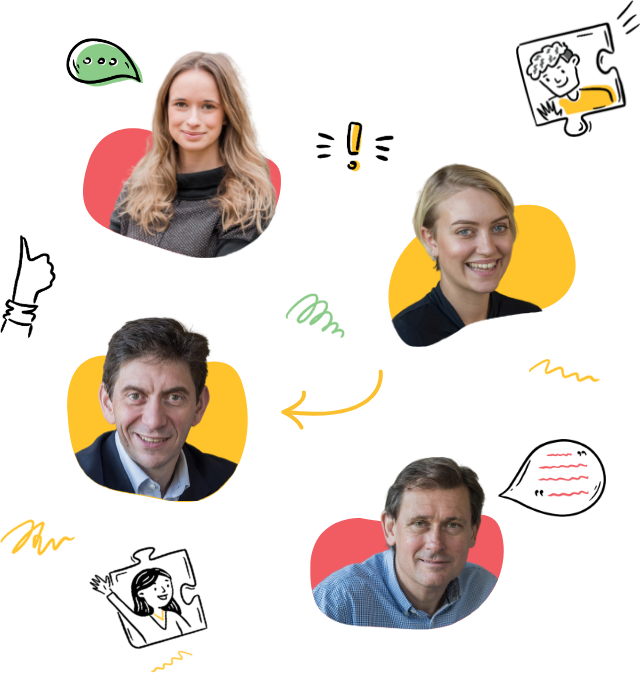