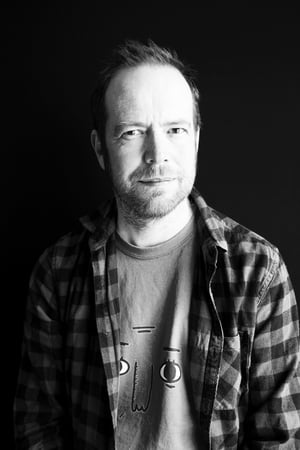 Steve is an artist, writer, speaker, coach and consultant interested in creativity and the human condition, particularly in these things we call “organisations". We met in Soho in September 2019 - this is the second part of the conversation and we mostly talk about creativity. Click here to read the previous post.

Jo: How do you work with people on creativity?

Steve: I think the first thing really is to check what they mean by the word “creativity”. It might sound pedantic but there’s a whole phenomena of “thingifying” creativity as if it were a tangible thing that we can grasp, manipulate and control whereas I see it as a unique and live human process. I’m baffled by the amount of time, money and effort organisations put into logical, linear, reductionist approaches to try and work with something that, by its very nature, is illogical, tangential and elusive. The word “creativity” has been commoditised so much it has had all the life sucked out of it. If I’m forced to try and define it I’d say that creativity is simply our human capacity to experience and express difference live and in the moment. It's our unique way of allowing and dancing with things as they are. And it is often difficult in organisational settings to even begin an exploration of 'what creativity means around here' because there is an expectation of return on investment. This is why I check that they are certain they want to work on this, because often the motivation is to either come up with a repeatable, scalable and measurable ‘tool’ or a senior stakeholder wanting me to come and make a more junior group more creative. I try to take the approach to be honest up front and to put people off wanting to work with me by not colluding with any of this. I even wrote a blog a few years back called “So you want more creativity in the workplace? Are you serious?” to ask the awkward questions before I’m invited in.

If it feels like we’re coming at it from a similar philosophy then the work becomes a partnered exploration looking at what it takes to be “creative” in that organisation. What enables? What inhibits? I am particularly interested in cultural things and it’s probably as close to a model as I get - 1. Permission 2. Constraint and 3. Imperfection - always in that order. So, beginning with looking at the psychological and social permission in our immediate environment, to be as we are, in the moment. To express uncensored thought and work with what is. What's the level of psychological safety around here? What are the power dynamics? The relative dependency? The norms and values. This is the foundational social fabric of an organisation and if that doesn’t change or evolve in ways to support creativity there is little point in doing much else. And this work takes the form of action inquiry. Of hanging out in the day to day messiness of the organisation. Maybe some small experiments or workshops to see what happens if we attempt to shift things.

Then you can start the second phase, which is about constraints. Most organisations have plenty of constraints - not enough time, money, resources, effort, knowledge and these are normally considered a barrier. However, if you have established that broader psychological and social permission then the constraints can become an invitation to be creative. They become an enabling constraint. In this phase there are a number of experiments or lightly held “tools” that I might use to help us get better at working with constraints.

The final part is about weaning us off of perfection and getting things right first time. It is only when we let go of this and make experimentation, play and imperfection all part of the work that we start to see some creative practices turn into useful stuff. It is what Ideo and others call ‘rapid prototyping’ or what I might refer to as the practice of failing cheap, fast and happy - constant cycles of imperfection - trying something out, testing, reiterating and trying, testing, reiterating.

So, having done a bit of the ground work and co-inquiry I might start to facilitate some workshops where, over the period of a day or two of we play with the here and now experiences of permission, constraint and imperfection in a very experiential way. It’s one thing to get all of this theoretically but another to try it out in reality.

When you have experienced that level of creative freedom, you can access it again. Like the thing in neuroscience where they say neurons that fire together, wire together. It’s just firing off neurons that usually cause dissonance. The more you do it, the more comfortable you are with it. But I want to keep everyone aware that we have simply created an artificial bubble in the workshop and that, whilst we know that “we” can work in this way, it is much more difficult to do so out there. I try to bring that discomfort and difficulty into the second day of the workshop and bring it out into the workplace and to play with “real and important” work stuff. Can we together maintain that way of interacting or is the pull of the culture too scary, frustrating or inhibiting..? It is always ten times more difficult - which is what I want people to experience in workshops, rather than when they go back to work and become all despondent.

Jo: Sometimes people (clients and consultants) seem to think the goal is for the group to leave the workshop feeling happy. I can see how having this realisation of “Oh wow, this is tough” could be more useful, which is also why I think that measurement can be tricky.

Steve: If you measure everything at the end of the workshop, it assumes all the value you are going to get was in the workshop, when really we want the change out here. The only way I’ve managed to make any dent in organisational cultural patterns is by having immersive workshops, where we are simultaneously exploring our creative potential AND experiencing the confusion, dissonance and dissatisfaction it can trigger. I want people to leave energised but unfinished. To leave with some insights and skills but also with more questions than answers. But different and potentially more profound and personal questions than the ones they came in with. I always feel that people are more likely to actually do something in the day to day flow of their work when they leave in this way compared to everything feeling all sorted.

Jo: When I learn, realise, or connect the dots between things I’ve heard in theory and my own lived experience, it is usually when I have some space, for example when I am walking somewhere and relatively few distractions.

Steve: I think it is important for everyone to find what works best for them. I’m always keen to emphasise that I don’t believe there is a formula for this that is applicable to everyone everywhere. (How dull would that be?) But this seeking of a formula that we can scale and roll out is another stuck patterns of thinking. It inhibits the very thing we are seeking. Some may need space and to be alone. Some may need to be with others. Some may need a noisy, colourful environment. Some may need silence and space. I have a number of different ways in which I get myself unstuck. I might change my environment. Or go for a run or a walk. In my studio I have two desks. One is digital space and the other is analogue - which allows me to move between the two modes. If I am stuck in my writing then I will move to painting or drawing. Or if my art is annoying me I’ll move to the digital world. And if none of this works I’ll go for a run or take the dog for a walk. And, because I can’t force myself to think creatively, sometimes I just have to write that day off.

The norms of everyday corporate life don’t tend to allow for this. I remember when I worked in a big organisation if somebody spotted a gap in my diary where there wasn’t a meeting it was a norm to assume I’m not “busy” which meant it was really hard to get that empty space. I’d love to work with an organisation who wanted to experiment with all of this. To create this variety of environments in which we can explore different ways of being and expressing ourselves. Paint, movement, clay, computers, normal meetings, maybe an Iron forging furnace. It isn’t these things by themselves that make the difference it is the ability to move between the different mediums.

Steve: Exactly. But for these spaces to work they would have to have no objective. By that I mean you wouldn’t have to go in there to achieve anything in particular. Or be too literal and have to paint your 10 year strategy or dance your KPIs. Just a place to go when you feel stuck and need a pattern interruption without having to “hand-in-your-homework” when you leave..

Jo: I can imagine people thinking they would be judged as ‘not busy enough’, which I think is why people often answer the question ‘how are things?’ with ‘I’m really busy’. It is like a badge of honour.

Steve: Yes, that’s a whole other subject - the busy badge of honour. I guess it is similar to the gaps in the diary thing. As if we all know that if we don’t appear busy somebody will come along and fill the very few gaps we have left to think and act differently.

Jo: Thanks very much for talking to me today.

A conversation with Hephzi Pemberton

Welcome to the consultant spotlight, where we showcase the diversity and experience of people working to support in individuals, organisations and society at large.

Jo studied Psychology (BSc) and Gender Studies (MA) and has lived in China, Germany, Hungary and the UK. She is currently helping to co-ordinate the RISE community of consultants, trying to understand how we are working together and how we can improve on that. Her work with RISE helps to connect our geographically-dispersed consultants who are all interested in learning together. She hopes this community provides opportunities for expanding practice and relationships. She would like to work more on diversity and inclusion and facilitating conversations around this topic. She is currently taking part in an improvisation course.

We're a community of consultants working and learning together to push the boundaries of our practice. We're interested in the reality of what happens between people when we work together - attempting to make sense of this complexity and thinking through how we support our clients with this challenge too.

Stories are at the heart of our work and this community of practice and learning. (Share yours here)